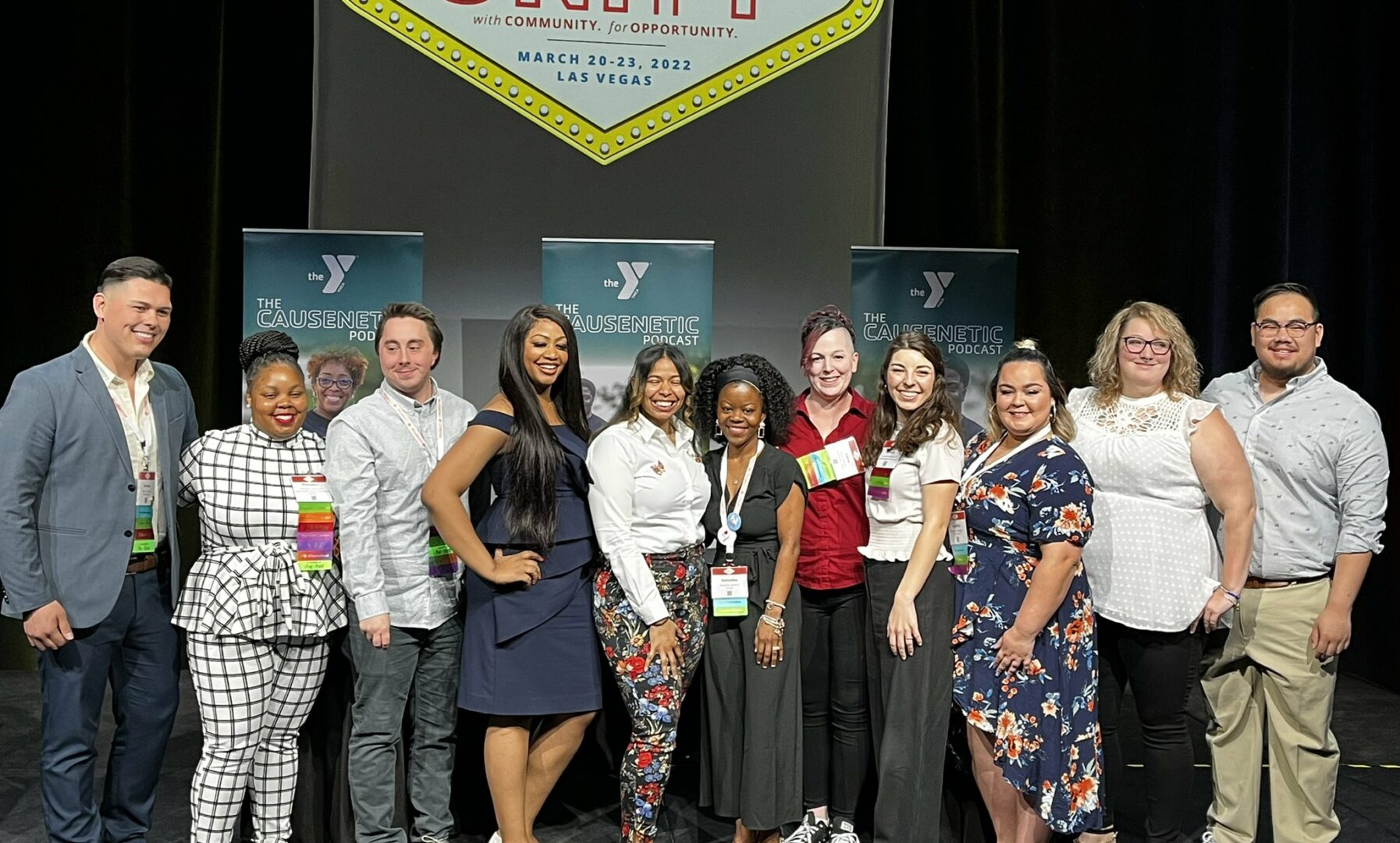 Hernan Sanchez honored as one of 20 National AfterSchool Association’s (NAA) 2022 Next Generation of Afterschool Leaders.

March 20-23 was an exciting few days for Think Together! Leaders from the organization attended the National AfterSchool Association’s convention in Las Vegas where they connected with other afterschool professionals from across the country. At the convention, Think Together Family and Community Engagement Coordinator Hernan Sanchez was honored as one of 20 National AfterSchool Association’s (NAA) 2022 Next Generation of Afterschool Leaders.

Hernan Sanchez joined Think Together in January 2021, quickly gaining recognition among his peers before celebrating his one-year anniversary with the organization. In his role, he helps connect families and communities to resources that help support their children in school, such as library memberships, program enrollment, financial literacy, and more. Hernan earned accolades from leadership throughout the industry for his ability to connect with others on a personal level, despite the unprecedented challenges educators and afterschool professionals have faced during the pandemic.

“When you think of the next generation of afterschool leaders, you think of someone who not only looks at the impact on kids and their community but also sees that expanded learning is a complete support system for our families,” said Think Together Executive General Manager Johanna Lizarraga. “This comes down to innovation and thinking outside the box. Hernan doesn’t see afterschool as just supporting the student. He sees it as fortifying their support system in and out of the classroom.”

The Family and Community Engagement Team at Think Together is a new department cultivated during the initial wave of the COVID-19 pandemic when Think Together saw that families needed additional support connecting to resources such as the internet, technology, school supplies, and meal services.

Their work has since evolved to give families the tools to support the student’s school day as well as pave a path to college and career readiness and assist with literacy and related educational development services. Think Together has a Family and Community Engagement Team coordinator supporting each of the organization’s nine regions.

“We are so proud of Hernan for his passion and commitment to Think Together’s mission,” said Founder and CEO of Think Together Randy Barth. “In his short time with the organization, he is making an impact that makes us excited to see what he will accomplish next with us.”

In selecting its 2022 Next Generation of Afterschool Leaders honorees, the National AfterSchool Association sought to highlight emerging young leaders under the age of 30 who are active in the broader afterschool community, demonstrate contributions that have started to influence beyond individual programs to entire organizations and communities, are actively engaged in efforts to elevate the afterschool field, have a proven passion for the development of themselves and others, and demonstrate persistence in their work to grow within their roles.

“This group of leaders represents the creativity, dedication, and commitment of the best of our next generation of the afterschool profession. We are honored to recognize them because we know the important role strong leadership plays in promoting positive outcomes for children and youth,” said Gina Warner, President and CEO of the National AfterSchool Association.

Honorees were profiled in the Spring 2022 issue of NAA’s AfterSchool Today magazine. A digital edition of the magazine may be viewed here.