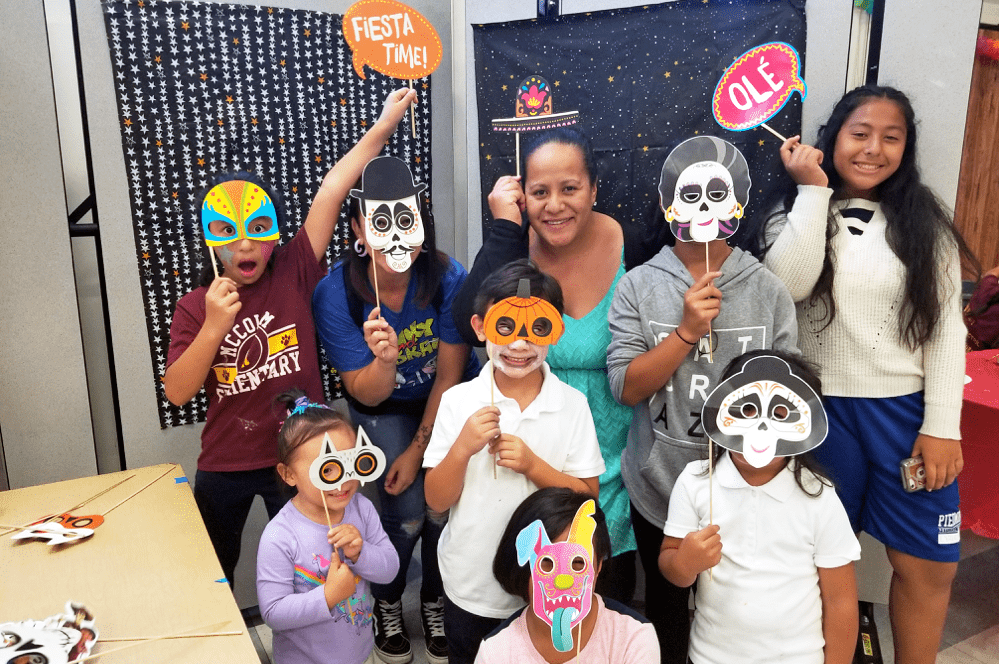 Today’s celebration is a combination of pre-Hispanic religious rites and Christian feasts. During Día de los Muertos, it is believed that the border between the spirit world and our world dissolves, allowing souls of the dead to briefly return to the living world to feast, drink, dance, and play music with their loved ones.

Here are five things you should know about Día de los Muertos.

Dia de los Muertos’s origins are from thousands of years ago with the Aztec, Toltec and other Nahua people. For these pre-Hispanic cultures, death wasn’t something to mourn about but rather they believed that the dead were still members of the community, in spirit and memory.

The centerpiece of the celebration is an altar, or ofrenda, built in private homes and cemeteries. These altars are meant to welcome spirits back to the realm of the living. For this reason, the altars are loaded with offerings of food, family photos, and candles for each dead relative. If one of the spirits is a child, small toys might be added to the altar. For flowers on altars, the main flower used are marigolds. Marigold petals are scattered from the altar to the gravesite as a way to guide souls back to their place of rest.

Papel Picado can be literally translated to “pierced paper.” Artisans stack layers colored tissue paper and perforate the paper with a hammer and chisel points. Papel Picado isn’t used exclusively during Day of the Dead, but it does play an important part. It is used as decorations on altars and in the streets, representing the wind and the fragility of life.

One of the most recognizable symbols of Day of the Dead are the calaveras or skulls. In the 18th-19th centuries, calaveras was also a type of short, humorous poems usually in the form of sarcastic tombstone epitaphs that poked fun at the living. To this day, these short poems are a part of the Day of the Dead celebrations. The most well-known calavera is calavera Catrina, an elegant female skeleton that was drawn to accompany the phrase “todos somos calaveras” which means that under everything, we are all just skeletons.

Food of the Dead

Ward, Logan. “Top 10 Things to Know about the Day of the Dead.” National Geographic, 29 Oct. 2019, www.nationalgeographic.com/travel/destinations/north-america/mexico/top-ten-day-of-dead-mexico/.